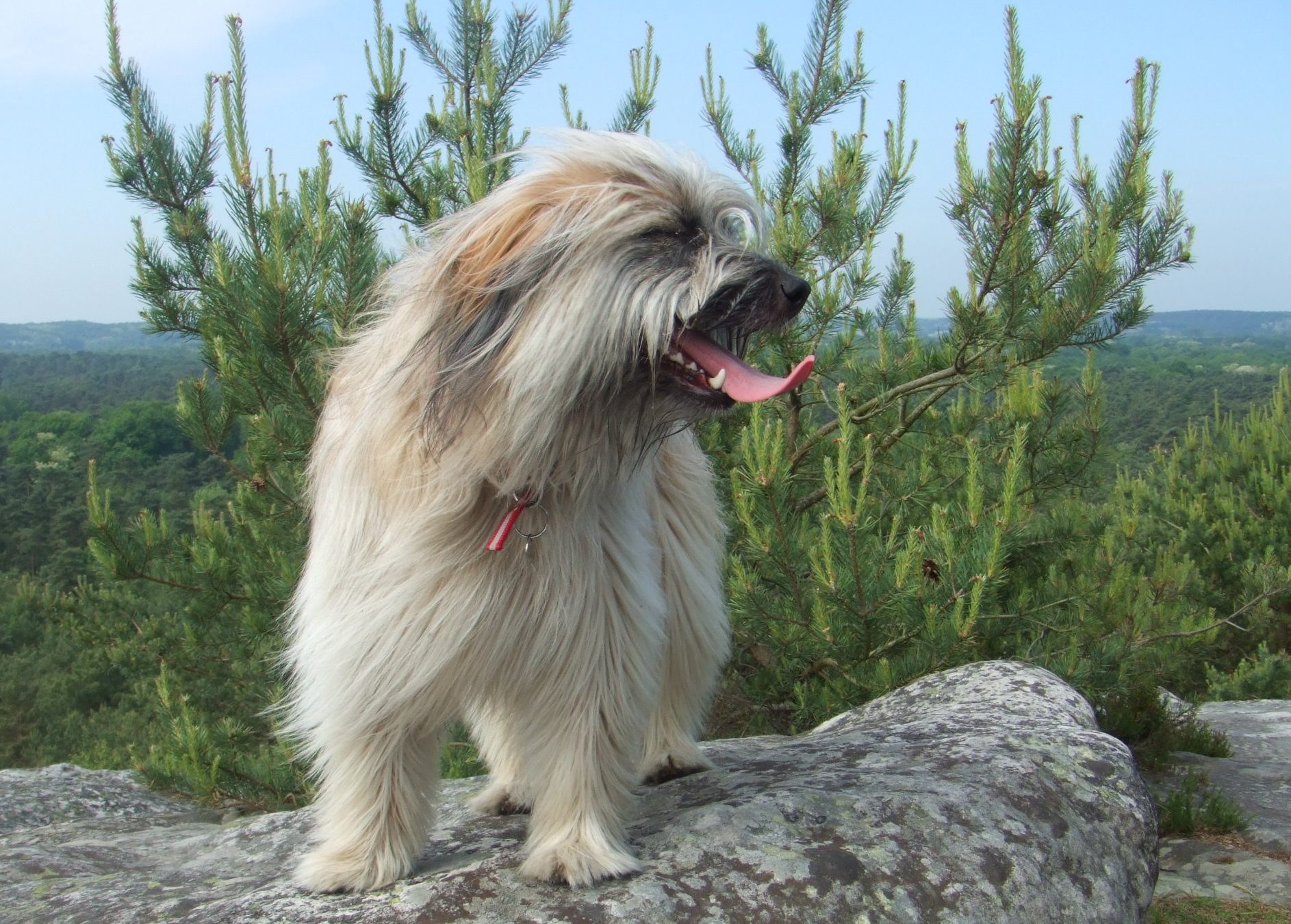 So one of the delights of Portland is the rain. It’s very wet here, the rain. Maman could think of nothing better than to get me appropriate gear.

I don’t mind accessories, I actually like them. I mean, a girl does need to look her best in all circumstances!

But clothing? Dog, no!

Do not forget I am a dog. Humans wear clothes. Dogs do not. This is just my opinion of course.

Maman was on her phone blablabla-ing in French as she does (far too often in my opinion) when BAM! we ran into a Forest Ranger. Ohhhlala !

Maman did not lose her composure, kept speaking in French and tried with great difficulty to understand what the Forest Ranger was saying. Something about leashing one’s dog?

I could not understand the ranger either. But Maman nodded her head and said in a heavy French accent : “Yesss, of course!”

And off we went…

After some hesitation, (I mean what if this was a devious Forest Ranger who was going to follow us or loop to cross paths again?) we removed la laisse.

We thought about it and well, it is tout a fait plausible that we could be on a photo shoot for a French Magazine and leashed dogs don’t exist in France, do they?

We will ask the friendly Ranger to be in the photo with us next time we see her!

Maman decided to go on a dating site because she is too sad that it ended with the Monsieur. I dont understand why she would want anyone in addition to me in her life. She is my everything. Am I not hers?

She was on the phone for the first time with a Monsieur while we were out for a neighborhood stroll and …”Sylvie” appeared!

“Sylvie” is this GIGANTIC black Newfoundland doggie that lives in the neighborhood and of course she started talking to Sylvie and making all the stupid noises she makes when she sees another dog. I was keeping a safe distance of 20 meters away (Sylvie could sneeze me into oblivion).

It seems the Monsieur on the phone was not very happy with Maman’s effusive Sylvie greetings. Neither was I.

I do not think we will be meeting this particular Monsieur.

I am a tri-lingual French Doggie. Charm, panache and humility describe me well. I am happy to share my observations of Paris, Portland and my thoughts about the many cookies dancing through my head. View all posts by OhliveOhlive